Dear every conservative getting his underwear in a twist about that Coca Cola Super Bowl commerical in which not only was the “deeply Christian patriotic anthem” sung in something other than the English that Jesus spoke, but also featured a gay couple being happy with their kid:

Dudes, you’re aware that Katharine Lee Bates, the writer of the song, was almost certainly a lesbian, right? And while undoubtedly Christian, Bates used her faith as a foundation for progressive social activism that would have given the conservatives of her time, and possibly some conservatives now, the shudders and shakes (she also nearly resigned her professorship at Wellesley when the school thought to force its faculty to profess their fealty to the Christian faith).

Bates was a pacifist with the dream of uniting people “from the Pacific to the Atlantic, around the other way… and that will include all the… 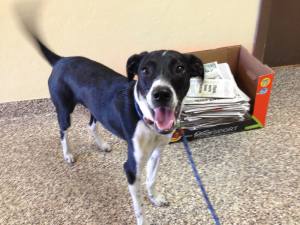 Thanks so much for visiting now and then. Happy Holidays from me and from this cute critter I rescued yesterday from the Humane Society of Tampa. He and my family became instant friends. Now, it’s time to train him to be a polite member of society, but…he is currently known as the Dog with No Name. That doesn’t exactly roll off the tongue while teaching him to sit and breaking him of his paws-on-the-chest habit. So, I wonder if anyone out there on the interwebs has a clue what we might call this new addition to our household. Send me some ideas, won’t you?

This morning I woke up thinking of a long trip I once took in Paktia Province, Afghanistan, from FOB Salerno to a town near the Pakistani border called Khowst. The trip started with a nausea ride aboard a USMC CH-53. 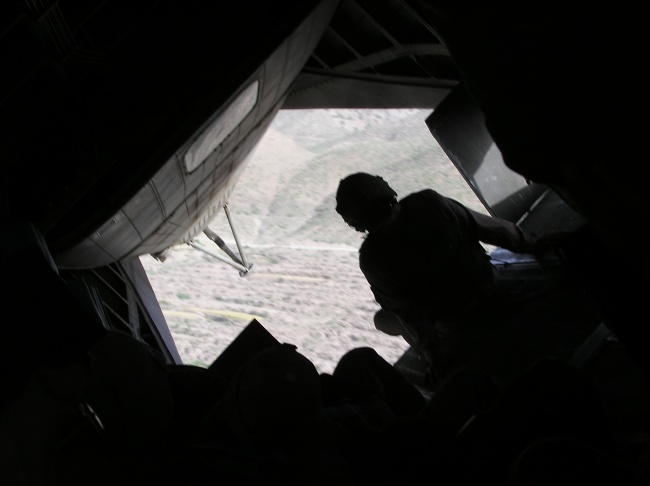 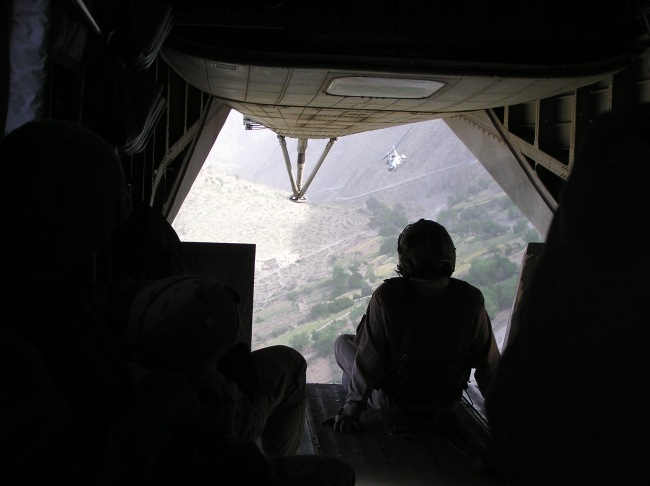 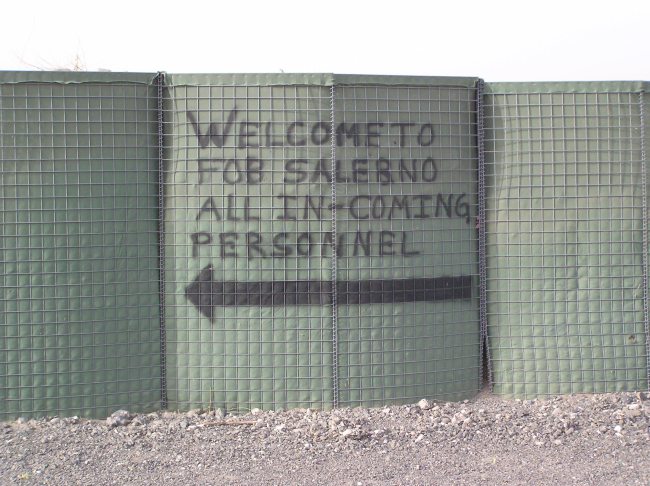 We took the next leg of the trip by truck.

Grit crunching between teeth. Dust in the eyes.

Young soldiers hurling insults in English, Spanish, and Pashtu to stave off fear of the ambush we were warned to expect on the narrow, confined road through the village.

We all agreed later it was the children playing in the road that saved us the trouble. 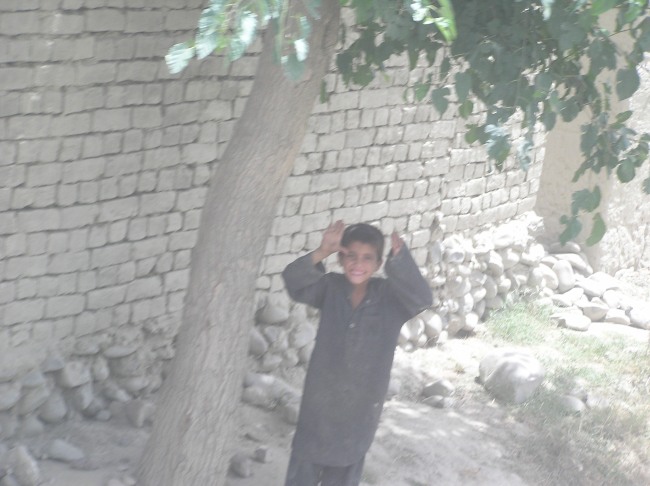 I carried a little digital camera all over that country. One image I don’t need a photo to remember is a particular little kid cringing and frozen in terror as a truckload of foreign troops rolled through his town. 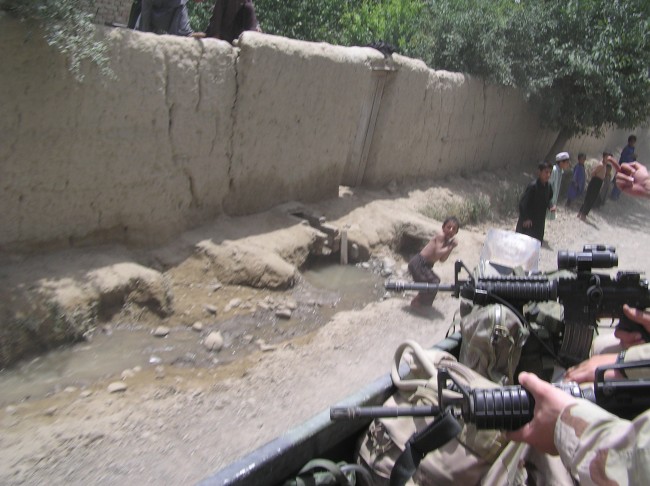 I wonder where that boy, now a man, is today. Is he crouched behind a mud brick wall, clutching an old hand-me-down Soviet rifle?

My reaction to reading about yet another U.S. drone strike on a Yemeni WEDDING:

Gen. Omar Bradley: “The world has achieved brilliance without conscience. Ours is a world of nuclear giants and ethical infants. We know more about war than we know about peace, more about killing than we know about living. If we continue to develop our technology without wisdom or prudence, our servant may prove to be our executioner.”

During George Bush’s administration, while I was serving in Iraq–a war I didn’t believe in–I started to get the feeling America was becoming something different than the nation I grew up with. Increasingly, I see my country becoming something I don’t identify with anymore: an aggressive global empire more concerned with maintaining the status quo (cheap oil, cheap Chinese plastic, cheap fast food, convenience over significance, fiscal negligence). I wonder if we, as a nation, have our brains engaged beyond what’s right in front of our faces.

Who do we want to be, America? Can we please wake up now?

I struggle with self-discipline in all things, not the least of which is keeping myself on a regular writing schedule each day. As Mur Lafferty mentions in her terrific podcast I Should Be Writing (ISBW #301), Cory Doctorow pointed out that if a writer puts out only 250 words per day, the result will be a novel in a year. It sounds simple, but my writing is more like panic-and-binge than the machinelike regularity I’d like to develop.

Enter The Magic Spreadsheet. It’s a brilliant idea–to tap into the natural human competitive spirit and our tendency to become creatures of habit. The Magic Spreadsheet awards points, one point for 250 words, and level-ups for consistency. After keeping up with a daily quota for awhile, who would want to break the chain? Not me. I’m going to give this a try, and if it’s like so many others’ experience with this simple strategy, (I suppose for me it’s a tactic, since I’m just starting it.) I’ll make progress on my “extracurricular” science-fiction novel while keeping up with the MFA responsibilities of pushing my literary novel forward and annotating books.

If any of you has tried using a word count spreadsheet in an attempt to make yourself more productive, I’d like to hear about your experience.

By the way, there are a few of you who seem to read my message-in-a-bottle blog fairly regularly. I’d just like to say Thanks for tuning in. I really appreciate it. 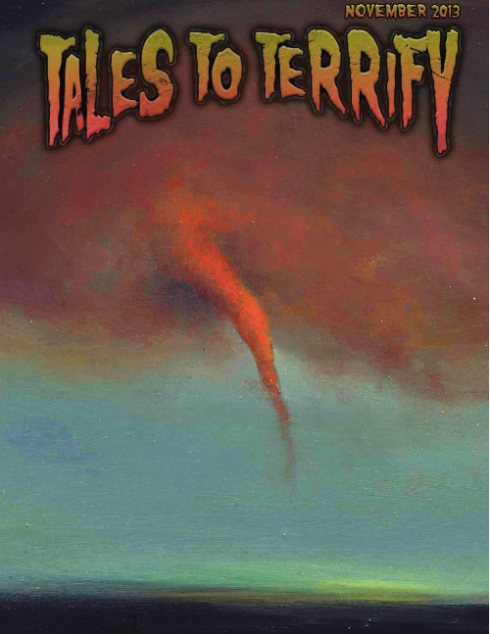 How about some horror fiction? Check out the November 15th edition of Tales to Terrify which features two chilling tales by Joe McKinney, narrated by me. If you like what you hear, leave a comment on the Tales to Terrify website. If you love it, you can support the ‘cast by picking up a printed anthology for the horror lover on your gift list.

Hey, it’s not every day I meet a classic rock hero. I grew up on the Eagles’ music, and Frey wrote some of the first tunes I learned to play on the guitar. They played for about four hours, and I surprised myself by knowing the words to all but a couple of the songs. You could say I’ve been influenced.

I recently finished Denis Johnson’s collection of short stories called Jesus’ Son. The book follows a drug-addled character known as “Fuckhead” through several misadventures that are likely to produce a range of emotions from empathy to disgust, humor to anger. I met Denis Johnson back in June at the University of Tampa MFA summer residency where he appeared for a readings, question-and-answer, and had lunch with a small group of us star struck writing students. I seriously doubt he’d remember me, but I remember him as a polite and intense man with no time for bullshit. I liked him.

The overall effect of Jesus’ Son on me, once I got over being reminded that a layer of our society exists in a constant state of hopelessness fueled by a circular cycle of alcoholism, hard drugs, and bad decisions, was to ask myself what it is in human nature that nudges some of us toward self-destruction. I think these stories illustrate, like old-time fairy tales that teach children to obey their elders, what can happen when we value escapism more than establishing and maintaining meaningful relationships. To the question of how people can descend into a state that allows them to commit terrible acts without remorse, the stories in Jesus’ Son may provide some insight.
Denis Johnson may not have intended any sort of instruction when writing these stories, and perhaps they are as pointless as they seem, the ramblings of wasted losers clinging to the underbelly of society. I prefer to assign some sort of purpose to stories like these to counteract the realistic horror I find in them, and if readers are looking for a modern set of cautionary tales, Jesus’ Son fits the bill.

Each of us is the hero of their own story. Write about a person in a position of no great authority or importance, someone with no expectation for heroism or greatness. Toss this person into something that scares the living shit out of them–something well out of their weight class. They must not only fight to survive, but must bide their time and set conditions for success. The situation must be one with no possibility of backing out. They’re compelled to resist wrongs being done with a slim chance of escaping imprisonment, exile, death, or whatever consequence they fear most. Try to get the whole idea down in one sitting.

Join 353 other subscribers
I Write.
Blog at WordPress.com.
Loading Comments...